Skip to content
mrsozera Book Reviews, Kristin Cast, The Escaped May 27, 2016 4 Minutes
Warning! There will be spoilers! 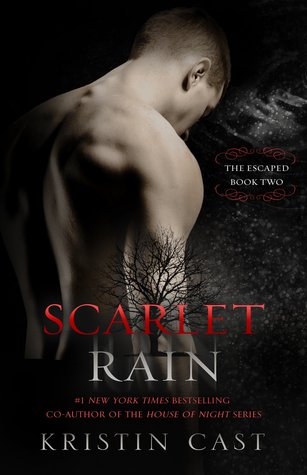 The co-author of the “New York Times” bestselling House of Night series returns with the mesmerizing second book in The Escaped series. In “Amber Smoke,” Kristin Cast introduced her legions of readers to Alek and Eva. Alek, immortal son of the Furies, has been charged to save his home and recapture the souls of the damned, evil creatures who escaped Tartarus into the Mortal Realm. He can’t, however, do it alone… Eva has discovered that she has been both blessed and cursed with powers beyond her comprehension. With a destiny to fulfill, she cannot escape the beings who will stop at nothing to destroy her. Now, in “Scarlet Rain,” the Nosoi spirits of plague have been unleashed on the Mortal Realm, releasing a pandemic as clever and adaptable as it is insidious. Alek and Eva must capture and banish the Nosoi back to their Underworld prison but Eva has yet to harness the abilities needed to defeat such a powerful enemy, and Alek sustains catastrophic wounds in the attempt. They must rely on detective James Graham, and Eva s best friend Bridget, if they are to even slow down the plague. But can mere mortals come through in the face of such overwhelming peril?”

First off, I’d like to add a little disclaimer here: the book was not bad. It wasn’t good either, but I do have some reasons for believing that, so bear with me.
It really, really pains me to have to say negative things about Kristin Cast’s writing. Honestly. I am a huge fan of the House of Night series, and think that although it does carry a few flaws, it has some great, strong-minded and diverse characters. The Escaped however, really doesn’t.
Honestly, when you’re reading in either Eva, Bridget or James’s POV, they all sound exactly the same. Generic, whiny and above all, they swear a ton. Alek’s POV is pretty much the only one that kept things slightly interesting, if only for his inability to fit in with the Mortal World and his linguistics.
Now I am in no way against cussing, in fact I think it can be a very cathartic and appropriate thing at times, and I do not condemn it. But it was just way over used in this book. Honestly, in about every other sentence there is a curse word. It started to drive me a bit insane, which is saying something since I usually like it when author’s don’t censor any kind of cursing in their books.

The story in itself was semi interesting. I enjoyed the concept of the deadly ‘scarlet rain’ that came to devour people from the inside out, but I also think that it could have played out a lot more interesting than it did. I did admire Bridget’s sacrifice at the end, and found it to be one of the most meaningful things that have happened in either books. But yet again, I found the way the ending played out to be extremely anti climactical.

Yet again, we barely got to see any kind of characteristics of Eva. I’m beginning to think that she herself isn’t actually the main character and that we should consider Alek and the three furies to be the main characters, since they bring the most depth and interesting traits to the book. I think Eva is just a little shallow and doesn’t at all strike me as the strong woman heroine type chick that I usually love reading about (shoutout to Rose from Vampire Academy!)

I am however, intrigued as to how the story will continue, especially with that mysterious phone call that Eva got. I really really hope for more character development and more of a climax when it comes to the plot.

“All creatures serve a purpose, and all life must end.”

“The power is within us all, and is the simplest gift you can give yourself. Kindness.”

“If you would not allow another person to treat you so cruelly, why then do you do it to yourself? be kind to yourself and mirror that kindness in your thoughts. After all, your thoughts are with you always. Change them, and you change your world.”

“There’s no way he’s on our team, and you can’t turn someone away from the dark side with your vagina. That’s not how it works.”

“If they’re both important, and they sound like they are, you shouldn’t trust them to the abyss of our bra.”

“Name’s PJ. That’s short for Patrick Johan. But, I can assure you, it’s the only thing short about me.”

“We each have our own destiny. Now you can be sure this is yours.”

“Women grow an entire human being in nine months, and you haven’t even finished unpacking?”