Make way for Geanna Culbertson, author of Crisanta Knight and an absolutely awesome new author whom I had the privilege of interviewing 🙂 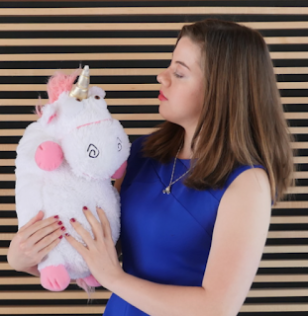 Before we get started talking about her books, here’s a little information about Geanna:


Where are you originally from?
“I was born and raised in California”


What did you study at college?
“My major (or main concentration) was in Public Relations and then I obtained three minors (smaller concentrations) in Cinematic Arts, Marketing, and Critical Approaches to Leadership. That third minor was a mixed study of history, political science, and psychology.”


Favorite Book?
“I don’t have a favorite book. But my favorite book series is the Percy Jackson series by Rick Riordan. I also love the Artemis Fowl series by Eoin Colfer.”


Favorite Food/Drink/Ice-cream flavor?
“Sushi and burritos / Milk in a wineglass with ice / Mint Chocolate Chip (but only from Baskin Robbins)”


Favorite Music Genre?
“My iPod has a pretty odd assortment of music, but I tend to like pop the most. My favorite song of all time is ‘Lights’ by Ellie Goulding. I have probably listened to it about a million times.”


What got you into writing? At what age were you certain that you wanted to publish your own book?
“I wrote my first storybook with illustrations at age six. Since then I have always loved writing. As far as this book/series goes, when I started writing it all those years ago I didn’t really think about the publishing part. I just had to write, I had to get it out. It wasn’t until I came close to finishing that publishing became a clear goal.”


What does your writing routine look like?
“I write mornings, during lunch, and sometimes a little at night. This is my routine for pretty much every weekday. But I always try to give myself one day a week when I don’t write anything (usually Sundays or Saturdays). I think it is important to give myself some space from it now and then.

I don’t really set a goal for myself in terms of word count because I don’t know what’s going to come out of me. I don’t think a word count goal is helpful to anyone. You can no more force the quantity of writing in an hour than you can the quality. So I just delve in and see what I can produce in the time allotted.

Music really helps get the juices flowing. I have a bunch of different playlists to go with the tones of different chapters. Sometimes if I find a song that just fits the vibe completely, I will listen to it on loop for as long as I am writing that scene. For example, for the first half of the 23 Skidd match in Book One I loved listening to ‘Silhouettes’ by Colony House.”


Do you get writers block? How do you overcome it?
“Of course. I imagine every writer does at some point, but I have my ways for not letting it stop or slow me down. I actually wrote an article about this subject for someone who asked me a similar question via Twitter. It’s on my blog. Check it out, specifically tip #1 and tip #2.”


What tips would you give someone who would also like to write a book and get published?
“Never give up. Never let the fear or the odds stop you. Keep writing, and trying, and creating every day.”


Do you prefer reading hardback/paperback or do you have an e-book reader (e.g. Kindle) that you also like to use?
“I’m not an e-book reader. I love to hold a book in my hands; there’s nothing quite like that feeling.”


Do you have a favorite book quote?
“Ugh that is such a hard question. I guess I would say one of my favorites is from Harry Potter & the Deathly Hallows:

Harry: Is this all real? Or is it just happening inside my head?

Professor Albus Dumbledore: Of course it is happening inside your head, Harry. But why on earth should that mean that it is not real?”

Now for those you of you haven’t heard of Crisanta Knight, it follows a young girl named Crisanta Knight who happens to be the daughter of Cinderella, destined to become a new princess, completely complacent, submissive and above all, extremely princess-like. This is what she is taught at her fairytale-finishing school Lady Agnue’s School For Princesses & Other Female Protagonists, and she absolutely despises it, since she believes that she is more than just a proper royal. With her combat boots and magical wand, Crisanta ventures out to change her own destiny and break free of the curse which is keeping her from living the life she has always wanted.

Crisanta Knight is available in paperback and as an e-book. You’ll find the links on the CrisantaKnight’s website.

How did the idea of writing about a fairytale finishing school come about?
“It genuinely just sort of came to me. I wish I had a better explanation than that, but it’s the truth. One day the exact phrase ‘Lady Agnue’s School for Princesses & Other Female Protagonists’ just popped into my head. And when it did, I was too intrigued with the concept not to pursue it.”

Was the idea of a world in which your destiny was out of your own control inspired by some personal experiences?
“I wouldn’t say personal experiences so much as personal beliefs. I believe in the power of choices and that every person has the potential strength to influence his or her life and character. So I wanted to create a world where people had to truly come to learn this for themselves.

So many of us in life don’t reach for the impossible and spend life being told by others (and the greater world) that we can’t do this or can’t do that. And it can be easy rollover to those kinds of restrictions and rejections to say, ‘Hey this is my lot in life. Might as well go with it.’ But we shouldn’t live that way. Like Crisa, we should say, ‘To heck with the odds and the naysayers, let’s go after what we want with everything we’ve got.’ “

Did you do any particular research? Was there a lot of fairytale book reading involved?
“All of my books are extremely well researched. Although we don’t interact a lot with the characters of past fairytales, this entire world is built on their legacy. So I wanted to make sure everything was solid and that it worked in cohesion with all of my greater plans for the series and the other worlds that the books will visit.”

Were any characters based on anyone, in particular Crisanta?
“None of my characters are really based on anyone. I have a few minor characters and locations throughout the series whose names pay tribute to some people and places I’ve known in my life, but nothing past that.
I put a lot of myself into Crisanta, though. Since the story is told from such a strong, in-depth first-person perspective, it would be impossible for my own character and personality not to shine through.
I think that if I were in her boots, our views on things would be very similar, but she is definitely not based on me. She is someone unique that I have enjoyed getting to know and understand as I continue to follow her journey.”
Warning, mild spoilers in next question

Is there any significance as to why Blue was the only one besides Crisanta to have received her Prologue Prophecy so far?
“Well, Daniel and Jason have also received their prologue prophecies. We just weren’t with them when it happened. Those events happened before Book One. I had Blue receive hers next in the line up because I wanted the reader to experience one of my other main characters receiving a prophecy before Crisa, so the concept would already be a familiar one when Crisa’s time came.
There are several reasons why I picked Blue for this, but those would be spoilers 🙂 So what I’ll say is that each of my character’s prophecies serves a very specific purpose for the greater story, and the internal relationship of the group.”

Is there a specific reason why you chose Crisanta to be the daughter of Cinderella, of all fairytale characters?
“I’ve always loved Cinderella. She has been my favorite princess since I was little. Though as I grew older (despite my love for her) I knew I really didn’t want to be anything like her. So I thought that I would make her daughter someone I could love, and also relate to and aspire to be like instead.”

Is there a reason why you chose the Author’s gender to be a woman?
“Honestly, if just felt right.”

So what’s in store for us readers? How many Crisanta Knight books will there be? Are you planning on writing books from the same fairytale world, but from a different perspective?
“There will be eight books. The story will always follow those core characters of Crisa, Daniel, SJ, Blue and Jason. There will be some other constant characters as well. Some of these characters have already been introduced and will play pivotal roles later on. Other important characters you have yet to meet.
Most of the series will be told from Crisa’s perspective. However, there is one book that I am planning on doing differently. But for the sake of spoilers I won’t say which. 🙂 “

Do you have any other books planned outside of Crisanta’s world?
“Currently, I have three other series I would like to write. The ideas and characters are clear, but I won’t start on the next one until I finish Crisanta’s story.”

Don’t miss the second installment in the Crisanta Knight series, The Severance Game! The book cover and summary can be found here 🙂

Thanks for reading! I hope you continue to follow Crisanta’s story and enjoy it every step of the way!
– Geanna Culbertson